Noémie Lenoir Net Worth: Noémie Lenoir is a French actress and model who has a net worth of $1 million. Noémie Lenoir was born in 1979 in Les Ulis, France, and she grew up near Paris. Lenoir was discovered in a local post office when she was 17 yeas old and she landed a deal with L'Oreal the same year.

Lenoir has gone on to pose for dozens of brands, including Marks & Spencer, Next, Gap, and Victoria's Secret. She appeared in spreads in several magazines and was featured on billboards with the likes of other famed models such as Twiggy. She jumped into acting during the early 2000s, making an appearance as Chamandra in "Asterix & Obelix: Mission Cleopatre". She has since appeared in "Gomez & Tavares", "After the Sunset", "Jeff et Leo, flics et jumeaux", "The Valet", "Gomez contre Tavares", and "Rush Hour 3". Lenoir also scored a part in the 2009 Usher music video for "Hey Daddy (Daddy's Home)". She landed a hosting gig on Trace TV, a French music network, for several years. In 2010, Lenoir made headlines after a suspected suicide attempt. She was found unresponsive in a park near her home in Paris and, after being hospitalized, doctors found drugs and alcohol in her body. A year later, Lenoir spoke out about the suicide attempt. She has been involved in several high profile relationships and has a son with star football player Claude Makelele. 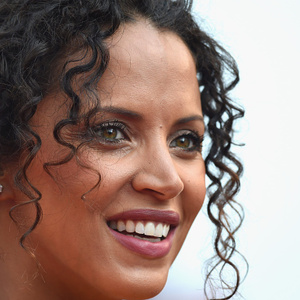