Noah Mills net worth: Noah Mills is a Canadian model and actor who has a net worth of $1 million. Noah Mills was born on April 26, 1983 in Toronto, Ontario, Canada. Mills began his career in 2003, working with a number of fashion companies, including Wilhelmina Models. In 2004, he made his debut as a runway model for the fall Yves Saint Laurent and Gucci collections in Milan and Paris.

The following year, he signed a contract with Dolce & Gabbana. Since then, he's worked with the company, Versace and Michael Kors. In 2009, Mills appeared in the naked Dolce & Gabbana Fragrance campaign with several other models, including Tyson Ballow, Naomi Campbell and Claudia Schiffer. Mills began acting in 2010, appearing in "Sex and the City 2". He's also appeared in the films "The Best Man", "Happy New Year", "Candyland" and "Wracked", and has a recurring role in "2 Broke Girls". He also is Taylor Swift's love interest in her music video for "We Are Never Ever Getting Back Together". In 2011, Mills became a model for Lacoste's "Unconventional Chic" campaign. In 2012, he was ranked number three on Models.com's "The Money Guys" list, but was ranked #5 in 2013. He won the best actor prize for his role in the short film "Wracked" in the 2013 Golden Egg Film Festival. 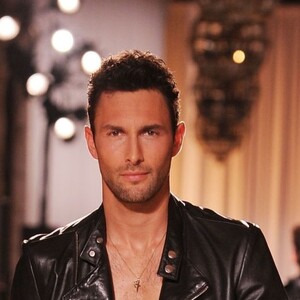