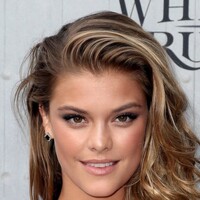 What Is Nina Agdal's Net Worth and Salary?

Nina Agdal is a Danish fashion model who has a net worth of $12 million. Nina Agdal rose to prominence in 2009/2010 and has gone on to appear on the covers of such magazines as "Femina" and "Bazar" in Denmark, "Bazar" in Germany, "Esquire" in Mexico, and "DT" in Spain. Nina made her "Sports Illustrated Swimsuit Issue" debut in 2012 and was chosen as the issue's "Rookie of the Year." Agdal also graced the cover of the 50th anniversary issue alongside Lily Aldridge and Chrissy Teigen in 2014. Nina starred in a Carl's Jr./Hardee's ad that aired during the 2013 Super Bowl, and she has appeared in the films "Don Jon" (2013) and "Entourage" (2015). Agdal launched an app called The Agdal Method, which is described as "your complete health & wellness solution" and offers workout programs and nutrition guides.

Nina Agdal was born Nina Brohus Agdal on March 26, 1992, in Hillerød, Denmark. She is the daughter of Anne and Mette Agdal, and she has a brother named Emil.

Agdal entered the Elite Model Look contest after being discovered on the street in Hillerød. Though she didn't win the competition, she ended up signing a contract with Elite Models Copenhagen, and after graduating from high school, she moved to the U.S. Nina has modeled for companies such as Victoria's Secret, Bebe, Billabong, Delia's, Macy's, Fredericks of Hollywood, JC Penney, and Calzedonia, and she has appeared in numerous magazines, including "Cosmopolitan," "Elle," and "Vogue Mexico." Agdal has been featured in the "Sports Illustrated Swimsuit Issue" several times, and she appeared on the March 2017 cover of "Maxim." In 2014, "Maxim" ranked her #37 on its "Hot 100" list. 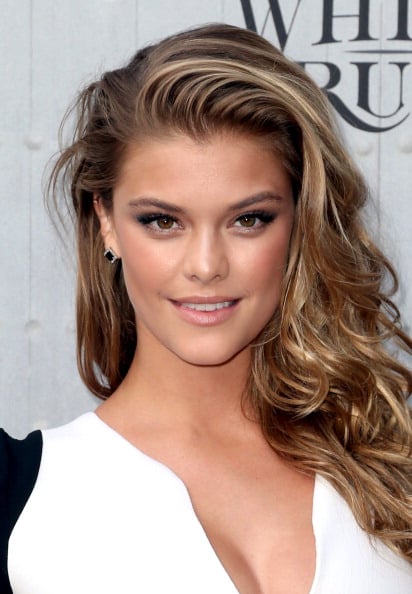 In a 2015 interview with "Fashion Week Daily," Nina said that being chosen for the cover of the 50th anniversary "Sports Illustrated Swimsuit Issue" was the highlight of her career, adding, "Through modeling, I've been able to see so many beautiful places that I'll always remember. I'm really looking forward to more experiences and opportunities still to come in my career!" Agdal signed with IMG Models in 2016, and she has walked the runway for Porter Grey. In 2013, she appeared in the film "Don Jon," which starred Joseph Gordon-Levitt (who also wrote and directed it), Scarlett Johansson, and Julianne Moore, and in 2015, she had a cameo in the spin-off film of the HBO series "Entourage."

Nina was in a relationship with actor Leonardo DiCaprio from 2016 to 2017, and she had reportedly also dated Jack Brinkley-Cook (Christie Brinkley's son), Maroon 5 frontman Adam Levine, British singer Max George, entrepreneur Ben Kaplan, and YouTuber/actor/professional wrestler Logan Paul. In May 2022, she announced that she was partnering with the workout clothing company Fabletics as a brand ambassador, calling it "a brand I've always loved."