Nikki Sanderson net worth: Nikki Sanderson is a British glamour model and actress who has a net worth of $1.5 million dollars. Born in Blackpool, England Nikki Sanderson began her professional career appearing on the children's show, "Children's Ward". She became a household name when she was cast on the popular British soap opera, "Coronation Street" in 1999. She appeared on the show for six seasons. Since leaving "Coronation Street" in 2005, she has guest starred on "Holby City", "New Street Law", and "Strictly Confidential", and has appeared in touring theater productions. She also competed on various celebrity reality singing shows, including "Madonna Mania" and "Celebrity Stars in Their Eyes", which she won. She has also appeared on the covers of Maxim and FHM, and in an ad campaign for the sports fashion company, KangaROOS. In the fall of 2012, she began appearing as Maxine Minniver on the popular British series, "Hollyoaks". 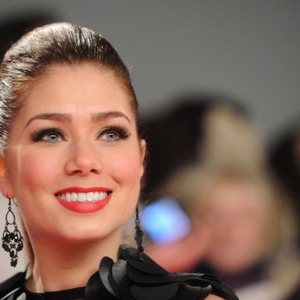