Niki Taylor New Worth: Niki Taylor is an American model who has a net worth of $18 million. Niki Taylor Beard was born March 5, 1975 in Fort Lauderdale, Florida. She began modeling at 13, first appearing on the cover of Vogue at 15 (the youngest model to do so). She went on to be the face of Cover Girl cosmetics and Nokia. In May 1996, Taylor appeared on the covers of the six major American women's fashion and fitness magazines during the same month: Allure, Vogue, ELLE, Marie Claire, Self and Shape. She appeared in the 1997 and 1998 editions of the Sports Illustrated Swimsuit Issue and was the cover-model of the 1998 Sports Illustrated swimsuit calendar. Sports Illustrated also released three video segments of her photo-shoots for the years 1997, 1998 and 1999. Her little sister Krissy followed in her footsteps and started modeling, soon appearing on the cover of Seventeen along with big sister Niki. Taylor's seemingly charmed life was struck by tragedy when she discovered the lifeless body of her younger sister, Krissy, at the family home on July 2, 1995. The cause of death was originally believed to be an asthma attack, but it was later discovered that Krissy suffered from a rare heart condition called right ventricular dysplasia (RVD). Taylor herself was badly injured in a 2001 car crash. On January 29, 2007, Taylor filed a federal lawsuit against E! Entertainment for slander and emotional distress in relation to their profile of her in the TV series Boulevard of Broken Dreams. She alleged that producers promised to promote her successes but instead misrepresented her as a failure whose life had been filled with misfortune. The complaint stated that "The first episode…is a false portrayal of Ms. Taylor as being continually plagued by ill fortune and tragedy." The lawsuit indicated that the documentary alarmed a cosmetics company Niki Taylor was negotiating with to start a cosmetics line. The lawsuit was settled out of court. 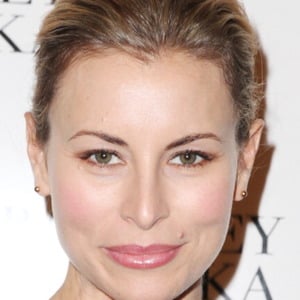