She has also been featured in ad campaigns for D&G, Karl Lagerfeld, Lacoste, Anne Taylor, Guess, and BCBG Max Azria. She is represented by IMG Models, Iconic Management, and Viviens Model Management. She was a mentor for female models on Make Me a Supermodel in 2009 and also for The Face Australia in 2014. As an actress she first starred in the movie Two Fists, One Heart in 2008. She has also starred in the films The Last International Playboy, Somewhere, Paper Planes, and the short My First Time. Nicole has studied acting in New York City at Stella Adler Studio and NIDA. 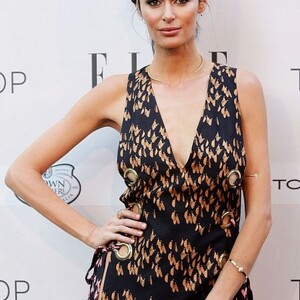