What is Nicole Murphy's Net Worth?

Nicole Murphy is an American model and reality television star who has a net worth of $10 million. She is probably most famous for being married to American comedian Eddie Murphy from 1993 to 2006.

Nicole Ronnette Mitchell was born on January 5, 1968, in Sacramento, California. Her mother, Ellen, was a British homemaker and her father, Eddie "Mitch" Mitchell, was an African American United States Air Force pilot. Following her parents' separation when she was still a child, Mitchell and her three brothers were raised by their mother. However, her parents later reunited.

Murphy first began her modeling career when she was 13 years old, signing with the Ford Modeling Agency after winning an international modeling contest. She subsequently moved to Europe where she began working with top Paris agency Glamour Models. She spent seven years modeling for top designers and brands like Chanel, Valentino, Yves Saint Laurent, and Ungaro. Between 2012 and 2014, she starred in and produced the VH1 reality series "Hollywood Exes." She also appeared on the reality beauty competition show "Global Beauty Masters." Additionally, she worked on the films "Shut the Fuck Up" (2009) and "Just Love" (2016).

Murphy is the creator of her own jewelry collection, FLP by Nicole Murphy, which she launched in 2009. She also launched her own anti-aging skincare brand in 2018 named ZOBELA. Additionally, she partnered with Red Styxx Beverage to launch her own premium Moscato wine brand. 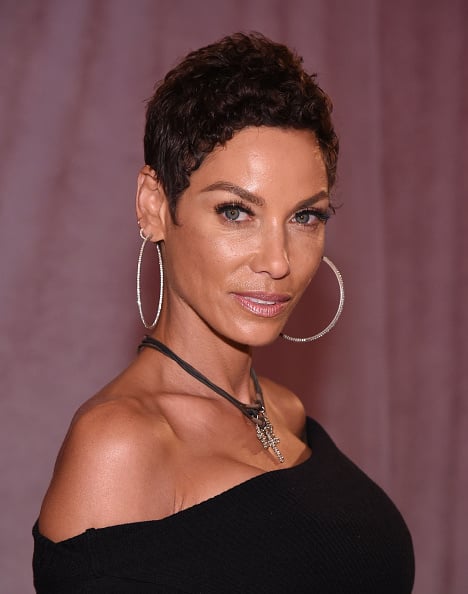 Murphy first met American comedian Eddie Murphy at the NAACP Image Awards show in 1988. They began dating soon after and got married on March 18, 1993, in New York City after almost two years of dating. Together, they have a total of five children: four daughters and one son. She filed for divorce in August 2005 citing "irreconcilable differences," and the divorce was finalized on April 17, 2006.

Her financial issues have clearly recovered slightly since 2010, or at least she has chosen a very good person to date, because in December 2013 she and fiancé Michael Strahan, a retired NFL American football player, purchased a $16 million mansion in Los Angeles. Unfortunately, Strahan and Murphy split up in 2014 due to their busy schedules, ending their five-year engagement; they had been dating since 2007.

Other people Murphy has been romantically linked to include NBA star Jimmy Jackson, Nick Cannon, and Drake. She also caused controversy when she was photographed kissing married director Antoine Fuqua in Italy in 2019.