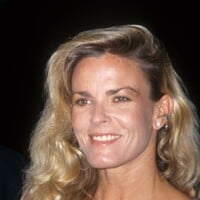 What Was Nicole Brown Simpson's Net Worth?

Nicole Brown Simpson was an American celebrity who had a net worth of $1 million when she was murdered in 1994. She is perhaps best known for her relationship with OJ Simpson, the former NFL player whom she married in 1985. Although Nicole was essentially a trophy wife, she also became known for starting a small interior design business.

Nicole met Simpson at 18 years old when she was a waitress at a club in Los Angeles. They were married from 1985 until 1992. They had two children, Sydney Brooke and Justin Ryan. Nicole was murdered at her home in Brentwood, California on June 12, 1994 along with her friend Ron Goldman. Her death became the biggest news in the world for several years as O.J. Simpson was suspected of committing the murders. He was later acquitted criminally but found guilty civilly of Goldman's death.

Nicole Brown Simpson was born on May 19th of 1959 in Frankfurt, West Germany. A military brat, she was raised by a German mother and an American father. Her father was stationed in Frankfurt as a correspondent for the military publication "Stars and Stripes." While Nicole was initially raised alongside her sister in Frankfurt, her parents eventually decided to relocate to the United States, settling in Garden Grove, California. Once there, her parents had two more children. The blonde settled into Californian life easily and graduated as the homecoming princess at her high school in Dana Hills. She also reportedly received good grades. 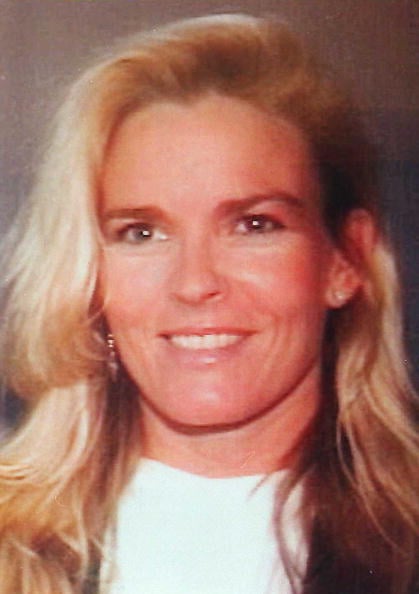 At the age of 18, Nicole began working as a waitress at the Daisy, which was an upscale club that catered to high rollers in Beverly Hills. During one shift in 1977, she met OJ Simpson, and the pair began dating. At this point, OJ was still married to his first wife, who was pregnant with his child. The pair eventually divorced by 1979 By 1985, Simpson had ended his NFL career and married Nicole. That year, they welcomed their first child into the world. Three years after the marriage, they had a second child. By all accounts, Brown was an incredibly caring mother who often refused help from nannies. She preferred to play a "hands-on" role in the upbringing of her children.

But while Nicole loved spending time with her children, her relationship with OJ quickly spiraled downward. Friends and family later testified that she was regularly beaten, and that they saw unexplained bruises on her body frequently. In addition, Simpson was reportedly unfaithful to Nicole on numerous occasions. In one particularly memorable incident in 1989, OJ actually threatened to kill his wife. Later, he pleaded no contest to spousal battery but escaped legal consequences for the most part. In 1992, Nicole finally put her foot down and filed for a divorce. She was reportedly encouraged to remain married to OJ by her father, who wanted to benefit financially from Simpson's investment opportunities.

After the divorce, Simpson and Brown reconciled and continued to have an abusive relationship together. In 1993, Simpson called 9-11 and told police that she was going to be beaten. The police arrived and Nicole soon moved out of the house, finally ending the relationship once and for all. 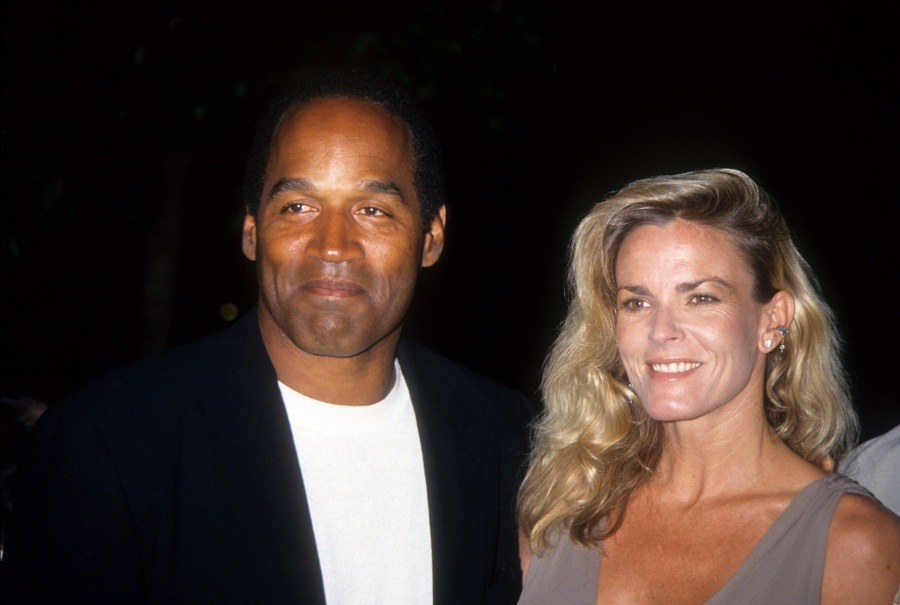 The majority of that income came from his Hertz endorsement contract. That's the equivalent of $92,000 per month after adjusting for inflation, or roughly $1.1 million per year in today's money. To settle the divorce, OJ agreed to pay Nicole $10,000 per month in child support, plus a one-time payment of $433,750 ($730,000 after adjusting for inflation). OJ also gave Nicole a rental property in San Francisco.

The divorce trial also revealed that OJ had been engaging in an ongoing affair with a woman named Tawny Kitaen, and that he had given this woman various pieces of expensive jewelry.

In 1994, Brown was stabbed to death outside of her new home in Brentwood at the age of 35. She was found dead along with her 25-year-old friend Ron Goldman. In total, she was stabbed seven times in the neck and scalp, including a large gash that had severed her jugular. This wound was so severe that it almost decapitated her. Defensive wounds were also found on her hands.

OJ Simpson was charged with the murder of both Nicole Brown and Ron Goldman. The trial was one of the biggest events of the 90s, and it lasted almost an entire year throughout 1995. The verdict was highly controversial. A considerable amount of evidence pointed towards Simpson as the killer. When police learned that Brown had been killed, they wanted to notify Simpson and allow him to pick up the children. However, Simpson behaved highly erratically over the next few weeks, and he tried to flee when police issued a warrant for his arrest. His attorney, Robert Kardashian, read a public letter that many interpreted to be a suicide note from Simpson.

OJ then tried to escape the authorities in a white Ford Bronco. After a car chase, he was eventually convinced not to commit suicide by a former coach. When the trial began, this was seen as clear evidence that Simpson was guilty. Prosecution also argued that he had a history of domestic abuse, and that he killed her because she was no longer willing to stay in the abusive relationship. Simpson's blood and and hair were found at the crime scene and on the murder weapons. The defense argued that Simpson was unable to carry out the murder due to his football injuries, and that the DNA evidence had been mishandled. In regard to the glove worn during the murder, one of OJ's lawyers famously uttered the line "If it doesn't fit, you must acquit."

OJ was found not guilty. He also received full custody of the children, despite the continued efforts of Brown's parents to take the children into their own custody. OJ was later jailed in 2008 for armed robbery.