What is Nicole Aniston's Net Worth?

Nicole Aniston is an American adult film star who has a net worth of $2 million. Aniston is best known for her appearances in a range of adult films, although she has also developed a considerable social media presence. After making her debut in the adult industry in 2009, she quickly became extremely popular and subsequently won the 2013 Penthouse Pet of the Year award. Over the years, she has worked with production companies such as Reality Kings, Bang Bros, Brazzers, and Penthouse. Nicole is especially renowned for her adult parodies of well-known IPs such as "The Smurfs," "Xena the Princess Warrior", and others.

Ashley Nicole Miller was born on September 9th of 1987 in Temecula, California. Raised in a family with German and Greek heritage, she attended Temecula Valley High School, where she quickly became disillusioned with high school culture. She admits to feeling like an outsider during these years and befriending "band geeks," stoners, goth kids, and drama club members. After graduating, she started working as a customer support specialist at a bank. Miller also found work with Suze Randall, a photojournalist.

After adopting the stage name Nicole Aniston (presumably as a reference to Jennifer Aniston, who she somewhat resembles), Miller entered the adult film industry in 2009. After an early credit, she teamed up with Reality Kings and appeared in a number of their productions alongside other adult stars like Rebeca Linares. By 2010, she was steadily becoming one of the industry's most popular up-and-coming stars. In 2011, she started working with Bang Bros and Elegant Angels. Her productions during this period earned her multiple award nominations. 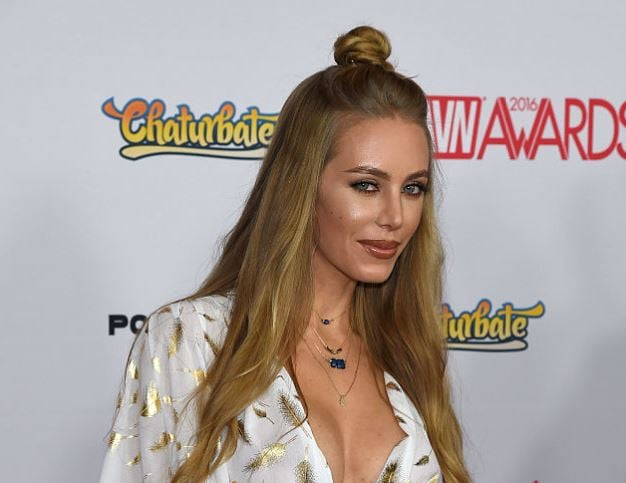 Over the years, Aniston has become especially renowned for her adult-themed parodies of various TV shows and movies. These include parodies of the "Smurfs" franchise, the show "Xena: The Princess Warrior," "Men in Black," and many others.

Despite her success in the adult film industry, Aniston has branched out with her own self-branding ventures and projects. In 2013, she launched her own subscription website. She had endorsed various adult products. From 2017 to 2019, she appeared in various live venues as an exotic dancer. In addition, Aniston has a sizable presence on social media. 3 million people follow her on Instagram, over 630,000 people follow her on Twitter, and she has amassed over 45,000 "likes" on OnlyFans.

In terms of non-adult film and TV credits, Aniston has appeared in a few projects. In 2018, she appeared in the documentary "A Cam Life." In 2020, it was reported that she had starred in a film called "Reboot Camp." In addition, she has appeared on television via the AVN Awards. She was also a regular guest on the podcast "Holly Randall Unfiltered."

Nicole Aniston is a staunch advocate of marijuana legalization across the United States. She has argued that recreational marijuana use should be decriminalized, and she is an active cannabis enthusiast herself.

In addition, Nicole is reportedly a vegan. She apparently decided to become vegan not just for health reasons, but also because of ethical concerns. Some reports state that she is very enthusiastic about animal rights. 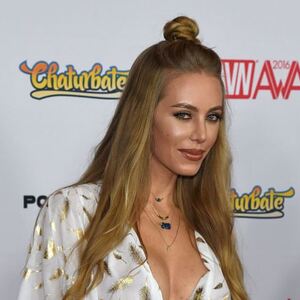