Natasha Poly Net Worth: Natasha Poly is a Russian model who has a net worth of $14 million dollars. Born Natalya Sergeyevna Polevshchikova on July 12, 1985 in Perm, Russia, Soviet Union, she began modeling locally in 2000, at the age of 15. She competed in a Russian model search, New Model Today, where she took second prize and made her runway debut with Why Not Model Agency in 2004, a year that would prove to be a breakout year for her.

In 2004, she walked in 54 fashion shows in cities like Milan, Paris and New York City and graced the covers of French Vogue twice, consecutively. She has since appeared in advertising campaigns for such designer giants as Gucci, Prada, Fendi, Louis Vuitton, Roberto Cavalli, Calvin Klein, Givenchy, Neiman Marcus, Jimmy Choo, Dolce & Gabbana and others. Poly has walked the runway for Victoria's Secret fashion shows twice and opened numerous other runway shows. She has also been featured on several calendars and in 2012 signed a contract with L'Oreal Paris as a beauty ambassador for the brand. Poly married Dutch businessman Peter Bakker in 2011 and gave birth to daughter Aleksandra Christina in November of 2013. 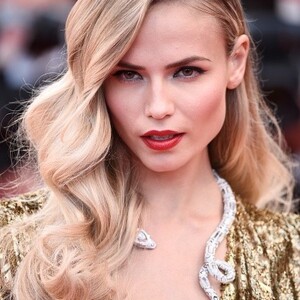