Natalie Denning Net Worth: Natalie Denning is an English glamour model who has a net worth of $1 million dollars. Natalie Denning was born in Worcester, England, and began her professional career as an actress in 1999, appearing in the film, "Office Space". She then shifted her focus to glamour modeling, and became a household name appearing on the British reality series, "Poor Little Rich Girls", in 2004.

Since then, she has appeared in a range of "lad mags", including Zoo, Loaded, NUTS, Maxim, and Complex. She has also continued to work on film and television productions, including appearing as a lap dancer on the reality series, "Footballers' Wives", and in a small role in the film, "Cashback". She has also served as a model on various British gameshows, including "The Price is Right" and "Gameshow Marathon". The 5'4″ model is married to a British nightclub owner and has one child. 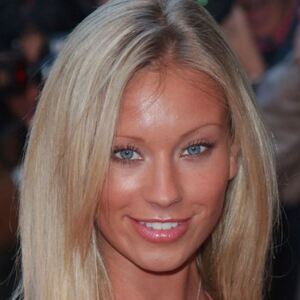