She attracted global attention for her rags-to-riches life story that also includes seven-figure contract with Calvin Klein. Once upon a time an impoverished girl who sold vegetables at a stall in Gorky, Vodianova is now one of the highest-paid models in the world. At the age of 15, she saw a change of fortune after being discovered by a Paris scout and got enrolled in a modeling academy. By the time she turned 17, Vodianova had moved to Paris where she signed with Viva Models. She has since notched up an incredible success, be it as a runway, editorial or advertising campaign model. More precisely, Vodianova has participated in more than 175 runway shows across the U.S. and Europe, as well as she appeared in countless of editorial spreads in fashion mags for notable brands like Givenchy, Calvin Klein, Louis Vuitton, L'Oreal, Yves Saint Laurent, Versace, Chanel and Etam, among others. When it comes to her private life, she was married to British aristocrat and property heir Justin Portman from 2001 to 2011. They had three children and formerly split their time between their homes in London and New York. She has been dating French fashion heir Antoine Arnault since 2011 and they have two children together. Antoine's father Bernard Arnault is one of the 10 wealthiest men in the world. Rising to riches from humble beginnings, Natalia Vodianova runs the Naked Heart Foundation, a charity that raises funds to provide playgrounds in Russia. 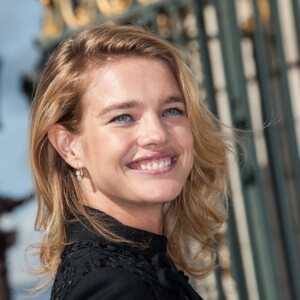