What is Naomi Campbell's Net Worth?

Naomi Campbell is a British model and actress who has a net worth of $80 million. She was discovered at the age of 15 and went on to become one of the most successful and highest-paid supermodels of all time. She was particularly in-demand in the late 1980s and 1990s. Campbell is also a performer, recording an R&B-pop album and acting in movies and TV shows, and she has been involved with many charitable causes during her career.

Naomi Campbell was born Naomi Elaine Campbell on May 22, 1970, in Streatham, South London. Her mother, Valerie Morris, was a Jamaican dancer, and Naomi has never met her father, who left Valerie while she was pregnant. Naomi took her stepfather's last name after her mother remarried, and Valerie gave birth to Naomi's half-brother, Pierre, in 1985. Campbell's heritage is Afro-Jamaican and Chinese-Jamaican through her mother and paternal grandmother, respectively. Naomi spent part of her childhood in Rome, where her mother was working as a dancer, but she studied in London, attending the Barbara Speake Stage School and the Italia Conti Academy of Theatre Arts (where she studied ballet).

Naomi appeared in Bob Marley's "Is This Love" music video at the age of 7 and tap-danced in Culture Club's "I'll Tumble 4 Ya" video at age 12. When she was window-shopping in Covent Garden at the age of 15, Campbell was discovered by Beth Boldt, head of the Synchro Model Agency, and graced the cover of British "Elle" before she turned 16. She quickly became one of the world's top 3 models of the late 1980s and 1990s and was one of 6 models who were dubbed the first supermodels (along with Christy Turlington, Linda Evangelista, Cindy Crawford, Claudia Schiffer, and Kate Moss). Naomi has been on the cover of more than 500 magazines, and she was the first black model to appear on the cover of French "Vogue," British "Vogue," and "Time."

In 1994, Campbell published a book, "Swan" (ghostwritten by Caroline Upcher), and released an album called "Baby Woman," which was successful in Japan but failed to chart in the UK. She went on to publish "Naomi" in 1996 and "Naomi Campbell" in 2016. Naomi has appeared in several movies and TV shows, including "Zoolander," "Girl 6," "I Feel Pretty," "American Horror Story: Hotel," and "Empire," and she served as a supermodel mentor and executive producer for the reality TV series "The Face US," "The Face UK," and "The Face Australia." She has appeared in music videos by George Michael, Aretha Franklin, Michael Jackson, and Madonna, and she started a YouTube web series, "No Filter with Naomi," in spring 2020. In 1999, Campbell teamed up with Cosmopolitan Cosmetics and has released 25 fragrances for women, and in 2019, she landed her first beauty campaign, appearing in ads for NARS Cosmetics.

Naomi has been involved in high-profile relationships with actor Robert DeNiro, boxer Mike Tyson, and Russian billionaire Vladislav Doronin. She was engaged to U2 bassist Adam Clayton from 1993 to 1994 and Flavio Briatore, the head of Formula One racing, from 1998 to 2003. Campbell reportedly began a relationship with Egyptian millionaire Louis C. Camilleri in 2017.

Campbell has struggled with cocaine and alcohol addiction and went to rehab in 1999. After the "Daily Mirror" published a photograph of Naomi leaving a Narcotics Anonymous meeting in 2002, she successfully sued the newspaper for breach of confidentiality.

In 1993, Campbell was fired by Elite Model Management as a result of her abusive behavior toward their clients and staff. She was accused of assault 11 times between 1998 and 2009 and was convicted 4 times – in 2000 for hitting her assistant with a mobile phone, in 2007 for the assault of her former housekeeper, in 2008 for kicking and spitting on 2 police officers at Heathrow Airport, and in 2015 for assaulting a paparazzo photographer. Naomi did not serve jail time for any of these incidents; instead, she had to pay fines and medical fees, attend anger management classes, and do community service. The 2008 assault resulted in Campbell being banned from British Airways for life. 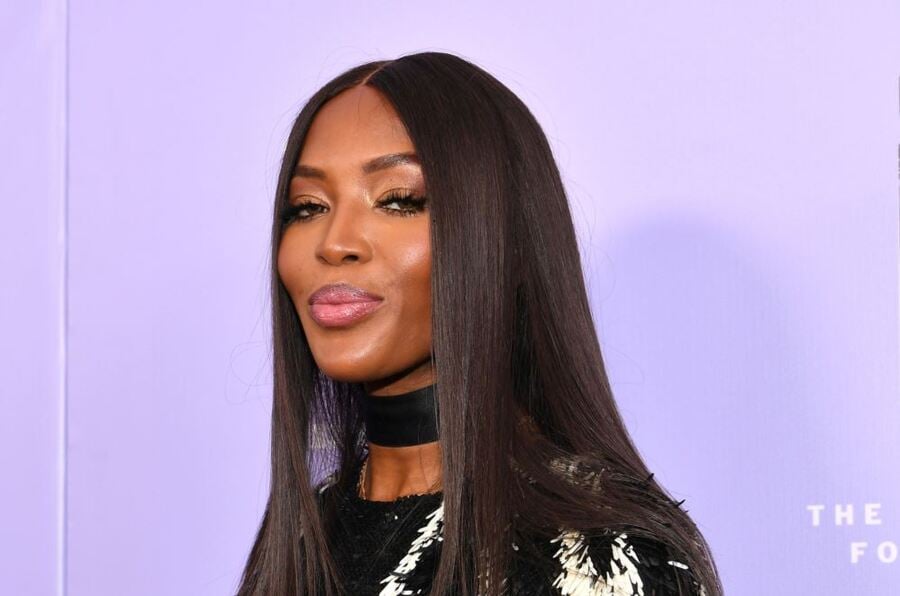 Campbell has been outspoken about racial bias in the fashion industry and has said that she's always had to "work harder to be treated equally." In 2013, Naomi, Iman, and Bethann Hardison formed the Diversity Coalition, which advocates for diversity and inclusion on the runway. Campbell supports many charitable causes, including the Nelson Mandela Children's Fund and Breakthrough Breast Cancer; in 2009, she opened a Breakthrough breast cancer research unit in London. In 2005, Naomi founded 2 charities: We Love Brazil, which fights poverty in Brazil, and Fashion for Relief, which has put on fashion shows to raise money for victims of Hurricane Katrina, the Mumbai terrorist attacks, the 2008 Haiti earthquake, and Japan's 2011 earthquake. In 2008, Fashion for Relief held a "Race to Equality" charity gala to support Save the Children, Time's Up, and other organizations.

Campbell was named the honorary president of Athla Onlus in 2007; the Italian charity is dedicated to the social integration of young people with learning disabilities. Naomi became a goodwill ambassador for the White Ribbon Alliance for Safe Motherhood in 2009 and has joined the charity's founder on missions to raise awareness of the need for safe pregnancy and childbirth. In 2007, mayor Cesar Maia named Campbell an ambassador of Rio de Janeiro for her work with We Love Brazil, and in 2009, Trinity College's University Philosophical Society awarded her an Honorary Patronage in recognition of her charitable work. She also received an "Outstanding Contribution" award from British "Elle" in 2010, honoring both her career and her role as an ambassador for the White Ribbon Alliance.

While dating Campbell, Vladislav Doronin built her a £109 million futuristic mansion in Moscow; it was put on the market for £78 million after their breakup. Doronin also gave Naomi a 25-bedroom vacation home (a birthday gift) on Turkey's Cleopatra Island; the home is called "Eco-House Horus" because it's a sustainable building shaped like the Egyptian Eye of Horus. In 2005, Campbell paid $4 million for a Manhattan duplex and sold it for $4.5 million the following year. 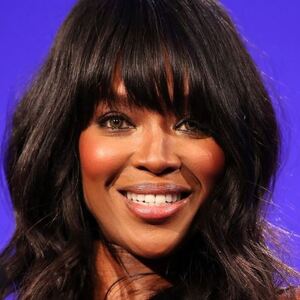