Nadia Forde net worth: Nadia Forde is an Irish model, singer, and actress who has a net worth of $5 million. Nadia Forde was named Ireland's trumper of the year in 2013. Forde starred in the TV3 series Nadia Goes to Hollywood in 2014. The series documented her time recording her first single and also on her first acting role in the United States.

In 2013 Nadia appeared on Ireland's The Late Late Show as well as presented on Irish morning TV. She performed at Dublin's Tivoli Theatre and was a regular guest on RTE's The Republic of Telly. In 2012 Forde was a contestant on the TV3 series Celebrity Salon. FHM readers voted her one of the 100 Sexiest Women in the World. In 2014 she started touring to promote her first single "BPM" which hit #8 on the Urban Club chart in the UK. Forde sang the national anthem before Ireland's international soccer game against Sweden in 2013. In November 2014 she became a contestant on the reality TV series I'm a Celebrity…Get Me Out of Here!. 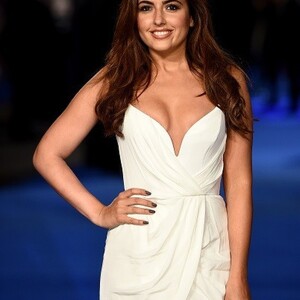