Nadia Ali net worth: Nadia Ali is an American adult entertainer who has a net worth of $1 million. Nadia Ali was born on July 22, 1991 and grew up in New Jersey. She is best known for being an erotic dancer and acting in adult films despite being a practicing Muslim. She originally moved to San Francisco to launch an eyebrow threading business but eventually a friend encouraged Ali to perform at a strip club. She made $500 her first night which changed the course of her life. She soon began appearing in adult films and chose to wear a hijab in the movies to increase her opportunity for the sexual taboo. Ali has stated that she is banned from Pakistan for wearing a hijab in adult movies. In 2016 she left the industry after appearing in 20 scenes. She left after discovering that her twenty first scene would involve having sex with a man resembling Donald Trump. Ali has expressed a desire to get back into the beauty business. In 2016 she was nominated for an AVN Award for Hottest Newcomer. 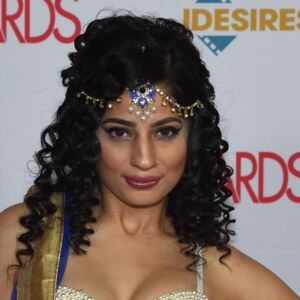