Myleene Klass Net Worth: Myleene Klass is an English singer, pianist, media personality, and model who has a net worth of $4 million. Myleene Klass was born in Gorleston, Norfolk, England in April 1978. Klass is best known for being a member of the pop band Hear'Say. Klass received an A grade in A-level music and became a Norfolk County scholar.

At 12 years old she won a school engineering contest. She took a musical theatre course at the Royal Academy of Music, University of London. She was part of the reality television series The Dolls House on Bravo. Klass sang background vocals for Cliff Richard and debuted in West End theater in Miss Saigon. She was part of the British pop group Hear'Say which was created through the ITV reality TV series Popstars in 2001. The group achieved instant fame and broke chart records with their first single "Pure and Simple" from their self-titled debut studio album. The single reached #1 in the UK and New Zealand was certified 2x Platinum. The album also contained the #1 UK hit "The Way to Your Love". The group disbanded in 2002 but reunited in 2014. As a solo artist Klass released her debut studio album Moving on in 2003 and the album Myleene's Music for Romance in 2007. She has also appeared on many television series including The One Show, I'm a Celebrity…Get Me Out of Here! USA, Escape from Scorpion Island, and Loose Women. She began presenting a Saturday daytime show on Smooth Radio in 2014. She serves as an ambassador for the children's music charity National Foundation for Youth Music. 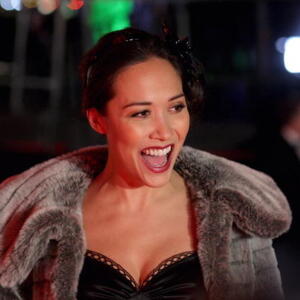