Moran Atias net worth: Moran Atias is an Israeli actress and model who has a net worth of $4 million. Moran Atias was born in Haifa, Israel in April 1981. At 15 years old she starred in the television series Out of Focus. Her plans to serve in the Israeli Defense Forces were put off due to an illness and Atias pursued modeling in Germany and Italy where she modeled for Roberto Cavalli.

From 2008 to 2009 she starred in the television series Crash as Inez. Since 2014 Atias has starred as Leila Al-Fayeed on the TV series Tyrant. She has starred in the movies Gas, Days of Love, The Roses of the Desert, Mother of Tears, You Don't Mess with the Zohan, Land of the Lost, Just Married, Kavod (Honor), The Next Three Days, Crazy Eyes, and Third Person. Atias has also appeared in episodes of the TV series CSI: NY, Rules of Engagement, CSI: Miami, and White Collar. She won a Capri Mediterranean Award for Third Person in 2014 and a LA Femme Filmmaker Humanitarian Award in 2014. 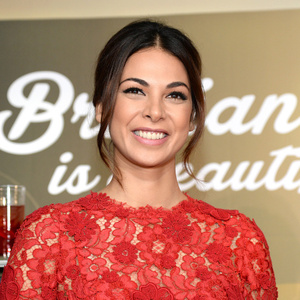