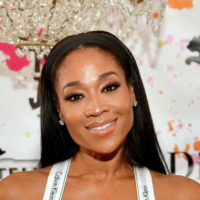 What is Mimi Faust's net worth?

Mimi Faust is an American reality television star, businesswoman, and interior designer who has a net worth of $2 million. Mimi Faust is probably most famous for being a cast member of VH1's "Love & Hip Hop: Atlanta." Mimi Faust earned her place on "Love & Hip Hop" by being the girlfriend of music producer Stevie J. Stevie J was once one of the most popular and successful producers in hip hop, having worked with artists like P Diddy, Lil Wayne, Jay-Z and many more.

Mimi Faust was born Oluremi Fela James on January 3, 1972, in Newport News, Virginia. Her mother was active in Scientology. Mimi spent her early years immersed in African culture in Atlanta, with her older sister and brother. Soon, her life changed forever. At eight years old, her mother took her away from her home, siblings, and normal life, and committed them both to the practice of Scientology in California. Her mother signed a billion-year contract that meant a rigid, routine schedule; the rigorous study of the practice; and little family time, but Mimi wanted more. After refusing an ultimatum to join her mother in Scientology, she was torn away from her and left to fend for herself at merely 13 years old. In a 2014,  interview Faust commented that she was told she was a freeloader at age 13 because she ate and slept there but refused to work for them or adhere to their belief system.

When she was torn away from her mother and cast out into the streets by the Church of Scientology, Mimi turned to some friends for help and was able to finish school. She reconnected with her sister and brother and soon found that they didn't share the same father. That drove her to find her father, Lawrence Faust; an artist from upstate New York, and build a relationship with him. Mimi found out that she had eight other brothers and sisters. She developed a good relationship with her dad and took his last name. He died in 2014.

In the late 1990s and early 2000's Faust appeared in a number of music videos for artists including Kelly Price ("It's Gonna Rain") and Pharrell Williams ("Frontin'" featuring Jay-Z).

Faust founded the cleaning service Keep It Clean, Inc. Based in the Stone Mountain neighborhood of Atlanta, the company offers interior design and cleaning services for the homes of celebrities.

Faust joined the cast of VH1's "Love & Hip Hop: Atlanta" in 2012. She was cast with her then-boyfriend and the father of her daughter Stevie J, a record producer who was instrumental in the rise of the hip-hop scene in the 1990s. Other castmates include rapper Joseline Hernandez, singer K. Michelle, rapper Rasheeda, and actress Karlie Redd. Faust's main storyline was the love triangle between her, Stevie J, and Joseline Hernandez.

A sex tape featuring Faust and her then-boyfriend Nikko London surfaced in 2014. It was called "Scandal in Atlanta" and released by the infamous pornography company Vivid Entertainment. This sex tape has become one of Vivid Entertainment's most popular titles. In 2015, "Scandal in Atlanta" was nominated for the AVN Award for the Best Celebrity Sex Tape. Faust lost out to Tila Tequila. During the aftermath of the release of the tape, Faust said that her luggage was stolen and the tape was in the luggage. Whoever got their hands on the tape sent it to Vivid anonymously. Faust also admitted the tap was staged. She reportedly made more than $30,000 from the sex tape. 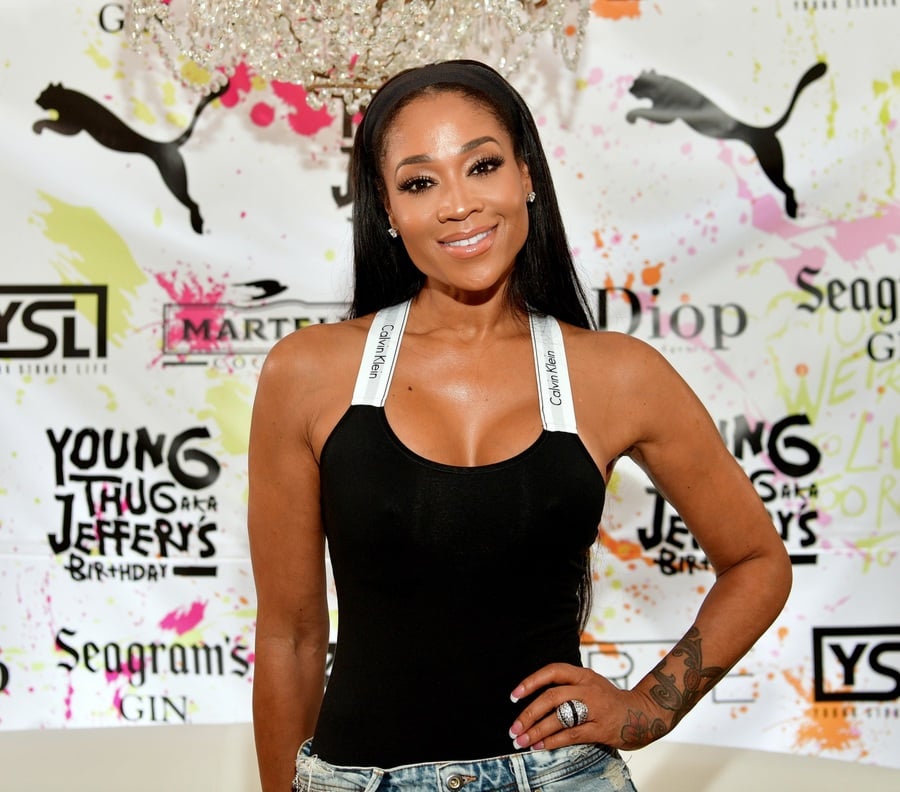 Mimi Faust describes herself as a "self-made dance machine, potty mouth, and a mother." She and Stevie J have a daughter named Eva Giselle together. At the peak of Stevie's career, he was worth north of $20 million but his money was mismanaged and he came very close to losing it all. Mimi was crucial in helping Stevie restore his career and his finances. And even after all that, Stevie was often unfaithful to Mimi. The couple eventually split and now Stevie J is married to fellow Love and Hip Hop castmate, Joseline Hernandez.

In 2017, Faust appeared on the television show Leah Remini: Scientology and the Aftermath where she spoke in-depth on how she was abandoned by her mother after refusing to sign a contract with the organization.

In 2019, when the Season eight trailer for Love & Hip Hop Atlanta premiered, fans were shocked to learn that Mimi had been the victim of a home invasion. Faust was not shot but was supposedly shot at by an assailant in her garage. She said she was taking out the trash at night when she noticed a man sitting inside her car in her garage. No news reports surfaced about Faust's alleged incident, causing fans to believe she made the whole thing up, despite the so-called evidence of a bullet hole through the roof of her car.