Michelle is a trained dancer and was a member of The Denver Broncos Cheerleaders where she was a captain for four years. She represented the Broncos at the Pro Bowl in 1999 and has traveled the world performing and teaching dance. She co-created, produced, sang in, and danced in Dollhouse Revue in Denver. She has starred in the movies Any Given Sunday, Spotless, Throttle, Alice in Wasteland, and Standards of Ethical Content. Michelle has also produced the 2011 film The Casserole Club. She co-hosted The Russo and Steele Automotive Auctions on ESPN and has also been a pit reporter for Champ Car World Series. She has worked for the Attitude Network, Fox Sports Net, Comcast, CBS, NBC, ABC, and Speed Channel. Michelle married sports announcer Joe Buck in April 2014. 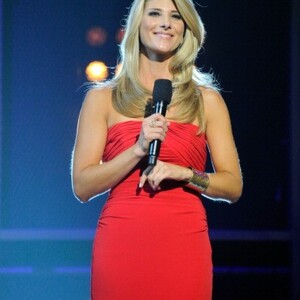