Mia Tyler Net Worth: Mia Tyler is an American actress, model, advocate, and public speaker who has a net worth of $5 million. Mia Tyler was born in Lebanon, New Hampshire in December 1978. Mia is the daughter of singer Steven Tyler and actress Cyrinda Foxe.

She is the half-sister of actress Liv Tyler. The Aerosmith song "Mia" was included on their album Night in the Ruts. Mia was married to Papa Roach drummer Dave Buckner from 2002 to 2005 and was engaged to guitarist Brian Harrah. Tyler is a plus size fashion model and designer who launched her own clothing line Revolution 1228 in 2009. She was a cast member of the VH1 reality show Celebrity Fit Club in 2005 and was a judge on Pretty Wicked in 2009. Her autobiography Creating Myself was released in 2008. As an actress Mia has starred in the movies A Little Bit of Lipstick, People Are Dead, and Rush Hour 3. 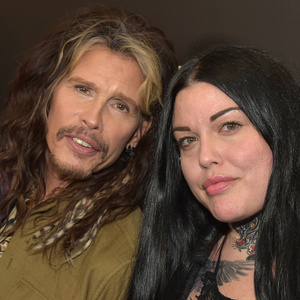