Melyssa Ford Net Worth: Melyssa Ford is a Canadian actress and model who has a net worth of $2 million dollars. Melyssa Ford was born in Toronto, Ontario, Canada, in 1976 and wasn't discovered until she was working during her twenties. The former forensic psychologist student at York University was bartending in Toronto when director Little X began casting her in music videos.

She made her music video debut in Glenn Lewis' "The Thing To Do" in 1997 and has since appeared in nearly a dozen, including Jay-Z's "Big Pimpin'", Sisqo's "Thong Song Remix", Alicia Keys' "You Don't Know My Name", R. Kelly's "Happy People" and Usher's "Yeah!". She told CNN in 2008 that she believes music videos can be demeaning to women. Ford has appeared in numerous magazines, including Maxim and XXL,  and has appeared on a handful of TV shows such as Soul Food, Playmakers, Entourage, The Game, Millionaire Matchmaker and BET Style. Her movie credits include Turn It Up, Three Can Play That Game, Days of Wrath, Think Like a Man and Think Like a Man Too. Ford currently stars on Bravo's Blood, Sweat & Heels and has been appearing on the show for multiple seasons. She earned the nickname "Jessica Rabbit" because people often think she has the same figure as the animated star of Who Framed Roger Rabbit. 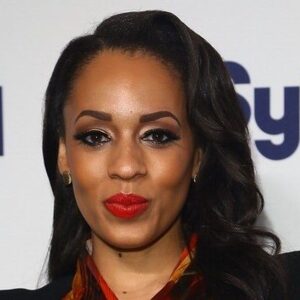