Melissa Molinaro net worth: Melissa Molinaro (sometimes credited Melissa Smith) is an American singer, actress, model and choreographer who has a net worth of $8 Million. Melisa Molinaro was born on June 4, 1982 in Whitby, Ontario. When she was 13 her family moved to Michigan, and Molinaro became the lead singer of the pop group Goddess when she was 18.

The group signed with Interscope Records, though Molinaro has found more success in acting, appearing in several commercials, films and television shows. She's continued to release music as a solo artist, with songs like "I Believed", "Lost in Love" and "Dance Floor". Some of her film credits include "High Crimes", "The Hillz", "Balls to the Wall", "Command Performance" and "Honey 2". Some of her television credits include "Rodney", "Happy Family", "Grounded For Life", "How I Met Your Mother", "Brothers" and "The Young and the Restless". Melissa Molinaro is probably most well-known for appearing in "Making the Band 3" on MTV, where she almost became a part of the group Danity Kane. She also auditioned to become a member of The Pussycat Dolls in "Pussycat Dolls Present: The Search For the Next Doll", but she was eliminated toward the end of the season. 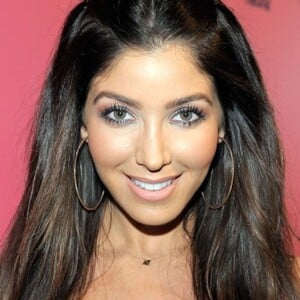