Melanie Iglesias Net Worth: Melanie Iglesias is an American model and actress who has a net worth of $200 thousand dollars. Melanie Iglesias was born June 18, 1987 in Brooklyn, New York. She was voted Maxim's "Hometown Hotties" winner in 2010 and went on to be featured in magazines including World's Most Beautiful, Esquire and Vibe.

Iglesias appeared in 265 episodes of the World Poker Tour series and also appeared in roles as herself on all seasons of Guy Code and Girl Code, both of which aired on MTV. She also starred in the Guy Code spin-off Guy Court, playing the bailiff. Melanie Iglesias made numerous appearances on the reality series Jersey Shore as Vinny's on-again, off-again girlfriend. In July 2012, Iglesias launched the Official Melanie Iglesias Store, which features collector's posters and other merchandise. Iglesias also has a YouTube channel known as "What Girls Really Do" on which she co-stars with Lisa Ramos, her best friend and a fellow model. Iglesias is signed with Red Model Management in New York. Her most recent casting was on Off the Bat from the MLB Fan Cave (2014). 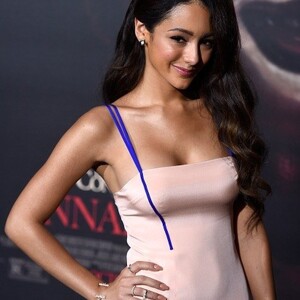