Megan Gale net worth: Megan Gale is an Australian model, fashion designer, ambassador, and actress who has a net worth of $10 million dollars. Megan Gale was born in Perth, Western Australia, and began modeling in her late teens, after winning a modeling competition. As a model, she worked with such designers as Gianfranco Ferré, Colette Dinnigan, Kirrily Johnston, Lisa Ho, and Alex Perry.

She was also the spokesmodel for Omnitel/Vodaphone in Italy from 1999 to 2006. She retired from runway modeling in 2008, shifting her focus entirely to television hosting, acting, and print modeling. She has served as a guest reporter on "Getaway", and was the fashion commentator for the 2006 Logies. Since 2011, she has been one of the faces of L'Oreal Paris. She has also appeared in three major Italian films, and was tapped to play Wonder Woman in the George Miller reboot, before the project was shelved indefinitely. She is currently the host of "Project Runway Australia". 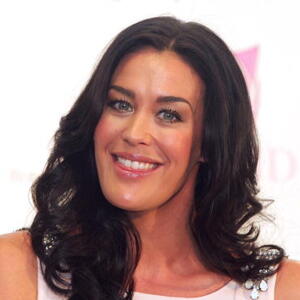