Mayte Garcia net worth: Mayte Garcia is an American model and dancer who has a net worth of $2.5 million dollars. She was born in Fort Rucker, Alabama, on November 12, 1973 and grew up traveling all over the world with her family, as her father was in the military. She is of both Egyptian and Puerto Rican descent, and began belly dancing before starting school; she was performing professionally by age eight.

After graduating from the Wiesbaden American High School in Germany, her mother submitted a video of her dancing to Prince, while he was on tour in Germany. He invited her to join the tour, and she later became an integral part of his album, Love Symbol. She performed with the New Power Generation from 1991 to 1996, and released one album, which Prince produced, in Europe, in 1995. The two were married 1996, and they had one child together. The child passed away a week after birth due to a rare birth defect. The couple separated in 1988, and on their third wedding anniversary, their marriage was annulled. They formerly divorced in 2000, and after leaving Prince, Garcia had a relationship with famed drummer Tommy Lee from 2000 until 2002. She has continued to choreograph for various artists, including Britney Spears, and has guest starred on various television series like Psych, The Closer, Las Vegas, Nip/Tuck, and Keeping Up with the Kardashians. She was a cast member on the reality TV series, Hollywood Exes on VH1. Garcia has also appeared on the TV series Dance Your Ass Off and Army Wives. She is an animal rights activist who works with PETA. 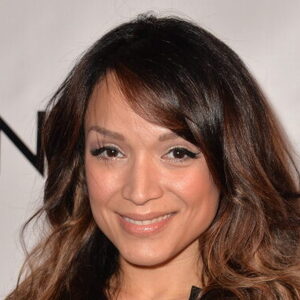