Maye Musk net worth: Maye Musk is a Canadian South African model and dietician who has a net worth of $20 million. Maye Musk was born in Regina, Saskatchewan, Canada in April 1948. She is the mother of Elon Musk, Kimbal Musk, and Tosca Musk.

Maye Musk was married to Errol Musk from 1970 to 1979. Her nephew is Lyndon Rive. Maye Musk appeared on the covers of several magazines including Time and The New York Post. Her family moved to South Africa when she was young and her family roamed the Kalahari desert searching for the fabled Lost City of the Kalahari for more than 10 years. Maye Musk was a finalist for the 1969 Miss South Africa beauty contest. She earned her master's degree in dietetics and another in nutritional science. She later began modeling in the US and Canada and appeared in Revlon ads as well as on Special K cereal boxes and in a Beyoncé music video. Maye Musk has appeared nude on Time magazine and New York magazine. She became CoverGirl's oldest spokesmodel in 2017 at 69. 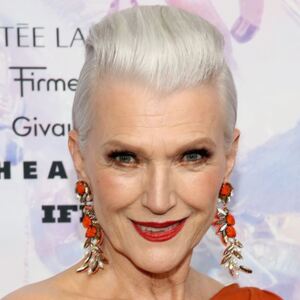