Martha Hunt net worth: Martha Hunt is an American fashion model who has a net worth of $3 million. Martha Hunt was born in Wilson, North Carolina in April 1989. She was discovered in North Carolina and then moved to New York and signed with IMG Models. Hunt made her runway debut in 2007 at Paris Fashion Week.

In 2009 she was on the cover of Harpers' Bazaar, GQ, Vogue China, and Glamour Germany. Hunt has walked in nearly 200 fashion shows for Chanel, Carolina Herrera, Christopher Kane, Dolce & Gabbana, Diane Von Furstenberg, Giorgio Armani, Louis Vuitton, Oscar de la Renta, Ralph Lauren, Prada, Versace, and more. She was part of the Victoria's Secret Fashion Show in 2013 and 2014 and became a Victoria's Secret Angel in 2015. She is known for her work with Free People and starred as HomeSlice in Taylor Swift's 2015 music video "Bad Blood". 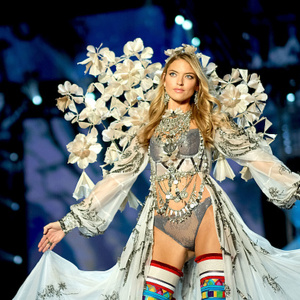