Marlon Teixeira net worth: Marlon Teixeira is a Brazilian model who has a net worth of $8 million. Marlon Teixeira was born in Santa Catarina, Brazil in September 1991. His grandmother introduced him to modeling and he has walked for shows including Dolce & Gabbana, Emporio Armani, Jean Paul Gaultier, and Roberto Cavalli. Teixeira has also appeared in and on the cover of many magazines including GQ, V, Elle, Vogue Espana, Vanity Fair, and W magazine. He became the face of the Diesel fragrance Diesel Fuel for Life Denim Collection in 2011. He was awarded the Most Beautiful Male Model 2015 Award by Spanish Glamour and was named one of the 10 hottest models of 2015 by Yahoo. He various interviews, Marlon has described his ethnicity as Brazilian mixed with Japanese, Portguese and Swiss. He is 6 foot 2, has brown hair and hazel eyes. 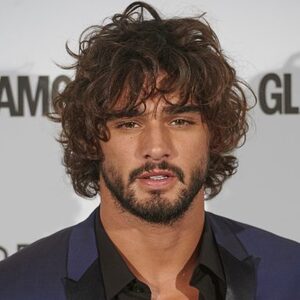