What is Marisa Miller's Net Worth?

Marisa Miller is an American actress and model who has a net worth of $8 million. Marissa Miller is best known for her work with Victoria's Secret and her appearances in Sports Illustrated Swimsuit Issues. She has also worked with such companies as Harley-Davidson, Surftech, and the NFL. Additionally, Miller has appeared in numerous commercials, and had a small role in the 2013 film "R.I.P.D."

Marisa Miller was born on August 6, 1978 in Santa Cruz, California to Marc and Krista. She has two younger sisters. As a teen, Miller went to Aptos High and Monte Vista Christian School, where she was a standout volleyball player. She considered herself a tomboy, and had mostly male friends growing up. At the age of 16, she was discovered by two Italian modeling agents in San Francisco. A few months later, Miller and her mother were on a plane to Italy.

Miller began gaining attention in 1997, when she appeared nude in the first issue of the men's magazine Perfect 10. She was subsequently showcased in many following issues, including on the covers of the Winter 1998 and August/September 1999 editions. 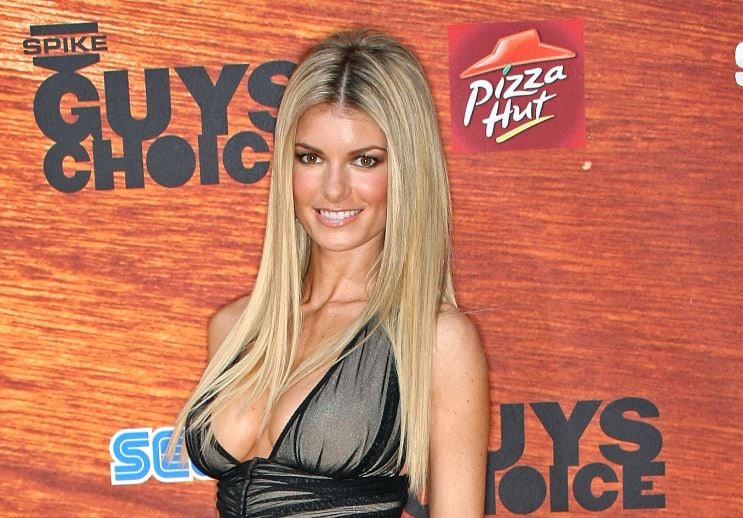 After being introduced to fashion photographer Mario Testino in 2001, Miller transitioned from an amateur magazine model to a high-profile mainstream model, doing editorials for both the American and Italian versions of Vogue. She subsequently started working for Victoria's Secret, and appeared in her first Sports Illustrated Swimsuit Issue. From 2002 to 2008, Miller appeared in every issue. Over the years, she has appeared in a wide variety of other magazines, including Maxim, Glamour, GQ, Elle, Vanity Fair, and Cosmopolitan. Miller has also been in advertisements for such brands as Tommy Hilfiger, J.Crew, Marc Jacobs, Guess?, and Bath & Body Works.

Beyond modeling, Miller launched her own line of shoes with the company Vans in 2008. The same year, she became the first spokesperson in the 100-year history of Harley-Davidson, partnering with the company to promote the launch of the VRSCF V-Rod Muscle motorcycle. Miller partnered with the company again in late 2009 for its "Military Appreciation Month" campaign, in which she was featured as a classic pinup in advertisements and various online content. The next year, she was featured in Harley-Davidson's "Start Something" campaign.

In 2010, Miller became a spokesperson for Captain Morgan rum, appearing as the company's "Official First Mate" in advertisements and at events. She also became a spokesperson for the NFL's 2010-2011 season, during which she hosted the NFL International Series game in London. Also in 2010, Miller designed a paddle board line with the company Surftech aimed at female riders. In 2012, she appeared in a commercial for Buick.

Miller has made a number of appearances on television programs. In 2004, she served as a judge on the Bravo reality series "Manhunt: The Search for America's Most Gorgeous Male Model." A few years later, Miller appeared in two episodes of the VH1 reality show "The Shot," and made cameos in the comedy series "Entourage" and "How I Met Your Mother." In 2009, she was a guest judge in an episode of "America's Next Top Model" and had a bit part in an episode of the sitcom "Gary Unmarried." The following year, Miller cohosted an episode of "GameTrailers TV with Geoff Keighley."

On the big screen, Miller had her first film role in the 2013 supernatural action comedy "R.I.P.D.," starring Jeff Bridges and Ryan Reynolds. She played the character Opal Pavlenko, the avatar of Bridges' character Roy.

Considered a sex symbol, Miller has appeared on many lists of the most beautiful women in the world. In 2008, she was ranked number one on Maxim's "Hot 100" list, and in 2010 topped FHM's global "Sexiest Women in the World" poll.

In 2000, Miller married surfing contest promoter Jim; they divorced in 2002. Later, in 2006, she married music producer Griffin Guess, with whom she has two sons named Gavin and Grayson.

Miller became an ambassador for the American Cancer Society in 2009; proceeds from her online store are donated to the charity. She is also an ambassador for the USO, and visits military bases around the world. Additionally, Miller is an advocate of the Young Survival Coalition, which raises awareness about breast cancer for women under 40. Her other philanthropic endeavors include supporting the environmental organization Surfrider Foundation, which strives to safeguard the world's oceans and beaches.