Malika Menard Net Worth: Malika Menard is a French model who has a net worth of $500 thousand. Malika Menard was born in Rennes, France in July 1987. The name Malika means queen in Arabic but her parents chose it because they thought it was pretty. Menard competed as Miss Normandie in the Miss France 2010 competition in Nice.

She won the title and the right to represent France at the 2010 Miss Universe pageant. Menard represented her country at the Miss Universe pageant in August 2010 and finished one of the top 15 semifinalists. She was one of the Miss Universe contestants who chose not to pose for a topless photo shoot. If she had chosen to do so she would have been disqualified from the title of Miss France. Malika Menard stands 5 foot 9 ½ inches tall and has brown hair and blue eyes. She graduated in 2012 for the Centre for Training of Journalists and has worked with TV Magazine and France 3 IDF. She also worked with the SyFy series Face Off. She has also worked as a sports columnist on a show dedicated to Paris Saint Germain. 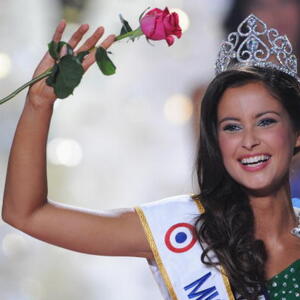