Malgosia Bela Net Worth:Malgosia Bela is a Polish model and actress who has a net worth of $12 million. Malgosia Bela was born in Krakow, Poland in June 1977. In the late 1990s she became a successful runway and editorial model. She has appeared on international editions of Vogue magazine including Vogue Paris, Vogue Italia, and Vogue Turkey. She worked in advertising campaigns for Versace, Jil Sander, Lanvin, and Valentino. She later modeled in campaigns for Louis Vuitton, Chloe, Donna Karan, Marc by Marc Jacobs, H&M, and Barneys. Her first acting role came in the 2004 film Stranger. She then starred in the TV movies Karol: A Man Who Became Pope and Karol – The Pope, the Man. In 2006 she starred in the film We're All Christs and in 2009 Janosik: A True Story. In 2011 she starred as Weronika Kasprzyk in the TV series Without Secrets. Bela won a Best Acting Performance Award at the Verona Love Screens Film Festival in 2005 for Ono (Stranger). As a model Malgosia stands 5 feet 10 inches tall and has brown hair and green eyes. 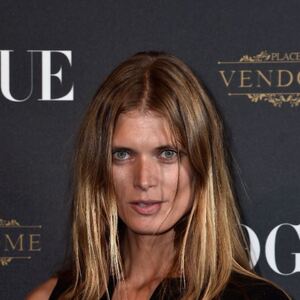