Madison Ivy was born in Bayern, Germany, and grew up in Texas. She was born Clorisa Caroline Briggs on June 14, 1989. She began working in adult entertainment in 2007 as a stripper, just after she turned eighteen. From there, she moved on to adult film work. The 4'11" blue-eyed brunette has become popular for her tiny, but curvaceous figure. She has appeared in numerous adult films, primarily in the vignette and hardcore genres. Madison Ivy weighs around 90 pounds and has blue eyes and naturally brown hair. She has starred in projects for Hustler, Elegant Angel, Pure Play Media, and Bang Productions. She has been nominated for three AVN Awards including "Best Tease Performance". 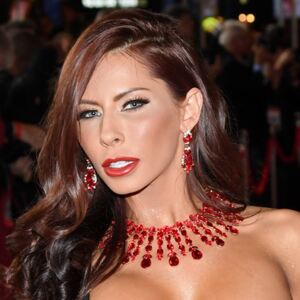