She began to gain widespread notice when she was cast as Luisana Maza on the popular series, "Chiquititas", when she was twelve years old. In addition to her performance on "Chiquititas", she also recorded four soundtrack albums, and appeared in multiple spin-off series and films featuring her character. In 2002, she was cast in the hit series "Rebelde Way". The role cemented her status as an A-list star in Latin America, and the pop rock band formed by cast members of "Rebelde Way" went on to release three successful albums, and a popular feature film. Since then, she has gone back and forth between appearing in film and television projects, hosting various programs, and modeling. She is married to Canadian singer, Michael Buble. 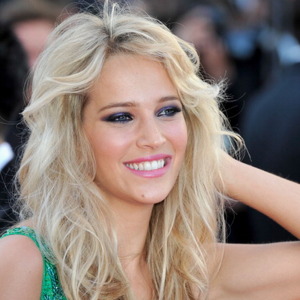