Lucy Pinder net worth: Lucy Pinder is a British glamour model who has a net worth of $3 million. Lucy Pinder was born on December 20, 1983 in Winchester, Hampshire, England. Lucy got her big break purely by accident while sun bathing on a beach when she was just 20 years old. She was spotted by a photographer who snapped some photos and subsequently helped her land a modeling contract with a tabloid newspaper called the Daily Star.

The photographer was most likely impressed by Lucy's natural 32 G breasts which don't typically accompany such a thin waist. After appearing in that first modeling campaign, Lucy went on to have quite a successful career. She has appeared in over 50 magazines and even wrote her own weekly advice column for Nuts. In total, her magazines have sold more than 15 million copies worldwide. She is frequently voted "Sexiest Model of the Year" by Nuts, FHM and others. Outside of modeling Lucy has appeared on several TV programs including "I'm Famous and Frightened!", "Celebrity Big Brother" and "The Weakest Link". 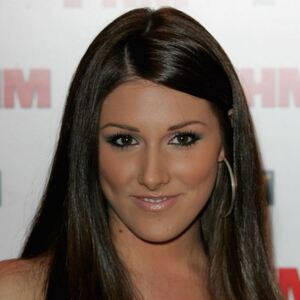