Lucky Blue Smith has been featured in advertisements for H&M, Levi's, and Tommy Hilfiger. He has been called the "male model of the moment" by Teenvogue.com thanks to his number of fans. Lucky Blue Smith has almost one million Instagram followers. At 12 years old he was discovered by Next Models LA. Smith plays drums in the band the Atomics with his siblings. 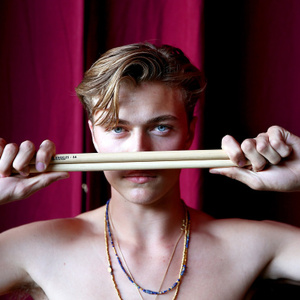