Lucia Mendez net worth: Lucia Mendez is a Mexican actress, model, and singer who has a net worth of $400 thousand. Lucia Mendez was born in Leon, Guanajuato, Mexico in January 1955. In 1985 she starred as Raquel Samaniego in the television series Tu o nadie. From 2011 to 2012 Mendez starred as Lucrecia Davila Viua de Durpis in the TV series Hoping Heart. She has also starred in several other TV series and films. Mendez released her debut album Siempre estoy Pensando en Ti in 1975 and has released many albums over the years with her latest being 2018's "Feel My Body". She won a Silver Goddess Award from the Mexican Cinema Journalists Awards in 1975 for Best Newcomer – Female, and a Special Silver Goddess Award in 2009 for her artistic career. She was inducted into the Plaza of the Stars in 201 for her work as a recording artist and in television. 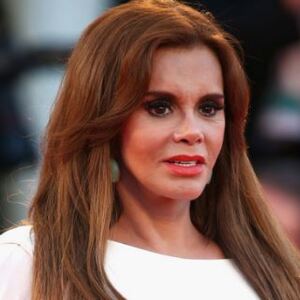