Lourdes Leon net worth: Lourdes Leon is an American celebrity who has a net worth of $4 million. She is best known for being Madonna's daughter. Madonna's net worth is $850 million.

Lourdes Leon was born in Los Angeles, California in October 1996. She is the daughter of Madonna and Carlos Leon. Leon has collaborated with her mother Madonna on the Material Girl clothing line. Lourdes Leon has walked on the runway during New York Fashion Week. She graduated from the University of Michigan and was in a relationship with Timothee Chamalet. Leon appeared in the documentary I'm Going to Tell You a Secret. She has also appeared in Madonna: Celebration – The Video Collection and the A-Z of Music video by i-D. Lourdes Leon worked with her mother on The English Roses children's book series. Madonna is known as the Queen of Pop and has sold more than 300 million records worldwide making her the best selling female musical artist of all time. 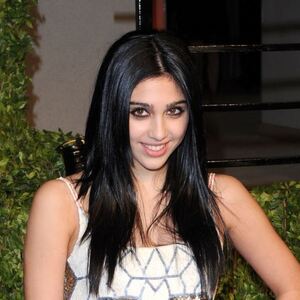