Liu Wen net worth and salary: Liu Wen is a Chinese fashion model who has a net worth of $40 million. Liu Wen was born in Yongzhou, Hunan, China and began modeling at the urging of her mother. She entered the New Silk Road World Modeling Contest in 2005, and though she did not win, she caught the eye of multiple fashion agencies in China.

She began working almost immediately, and by 2007, she was booking high-profile spreads steadily. She modeled in editorials for Karl Lagerfeld and Viktor and Rolf and was suddenly in high demand internationally. She was subsequently invited to walk at Paris Fashion Week, and since then, she has appeared in the Chinese editions of Harpar's Bazaar and Vogue, walked the runway for such designers as Lagerfeld, Trussardi, Chanel, Gaultier, and Hermes, and appeared in ad campaigns and editorials for Dolce & Gabbana, Calvin Klein, Oscar de la Renta, Hugo Boss, and Benetton, among many other companies and designers. She is the first Asian supermodel and the first East Asian model to walk for Victoria's Secret. She is also the first Asian model to make Forbes' Highest Paid Models list. 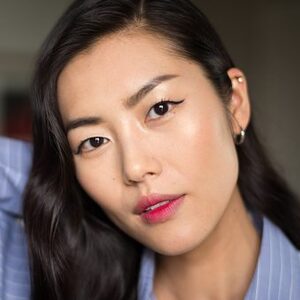