Lisa Robertson net worth and salary: Lisa Robertson is a television host who has a net worth of $5 million dollars. Lisa Robertson was born in Tennessee on November 7, 1965. She went on to graduate from college with a degree in Long-Term Health Care Administration. After college, Lisa began entering beauty contests.

She eventually won the Miss Tennessee pageant. While serving as Miss Tennessee, she worked as spokesperson for the Tennessee drug-free program. She was awarded the Outstanding Service Award for her contribution to the program. She was named the "U.S. Pearl Princess" in 1990, and also served as the spokesperson for the Cultured Pearl Association of America and Japan. She began hosting shopping programs in 1991, and moved to QVC in 1995. She has become one of QVC's most popular hosts, and has become the face of the network. She is often scene at major events such as New York Fashion Week, Fashion's Night Out, and Super Saturday. She hosts "The Lisa Robertson Show", "Friday Night Beauty", and "PM Style". Unfortunately, Lisa's fame has come with a downside. Over the years she has been forced to deal with a number of stalkers. Some of these stalkers have been fairly relentless and have required Lisa to seek legal protection. Robertson has also appeared in episodes of the TV series The Apprentice, Wendy: The Wendy Williams Show, Kris, Bethenny, Project Runway All Stars, and Good Morning America. In 1993 she appeared in the video Island Girl. 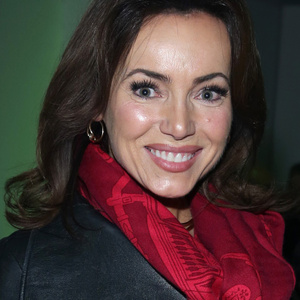