Lisa Ray net worth: Lisa Ray is sitting pretty on a net worth of $20 million. Born in Canada to a Bengali father and a polish mother, Ray acquired her net worth as a model and TV actress. Lisa Ray's modelling career took off at the age of 16, when an agent spotted her during a family holiday in India.

It wasn't long after that she caught the public's attention when she appeared in an advertisement for Bombay Dyeing, in a stunning black swimsuit. The high profile advert made her a firm fixture on several magazine covers. She also became a notable presenter, hosting of her own business programme and the TV show, Showbiz. Ray also appeared on the big screen, making her film debut in 1994. At the beginning of the millennium, she made her Bollywood debut in the 2001 film Kasoor. Her acting ability caught the attention of Indian/Canadian film director Deepa Mehta and Ray was casted for the film Bollywood/Hollywood (2002). Ray appeared in more of Metha's production, including the Oscar-nominated film Water. Since then she appeared in many TV and film productions in Canada, the US and Europe. In 2010, Ray announced that she was cancer free, following her diagnosis with (Multiple Myeloma) in 2009. From her experience, Ray has become an advocate to beat the disease. 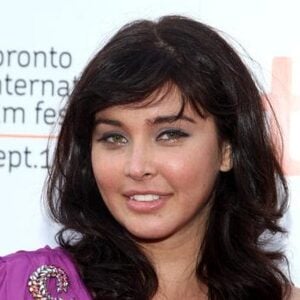