She did a test shoot and was sent to Paris to begin her career. Ellingson made her runway debut in 2005, wearing famed brands such as Chanel, Christian Dior, Marc Jacobs, Lacoste, Valentino, Gucci, Oscar de la Renta, Diane Von Furstenberg, and Giorgio Armani. She has also worked on advertising campaigns for a variety of companies, including DKNY, Dolce & Gabbana, H&M, MAC, and Tommy Hilfiger. Ellingson scored a deal with Victoria's Secret and became one of the company's Angels in 2011. Ellingson became the Body by Victoria spokeswoman alongside fellow model Emanuela de Paula and helped brand the company's Gorgeous bra. She has appeared on the cover of a handful of magazines, including "Marie Claire", "Vogue", "Elle," and "GQ". Ellingson is represented by Viva Models in France, Why Not Model Agency in Italy, and DNA Model Management in New York. She has been married to her long-time boyfriend, former college football star Sean Clayton, since 2014. 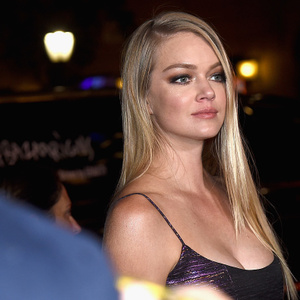