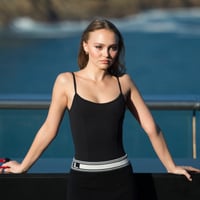 What Is Lily-Rose Depp's Net Worth?

Lily-Rose Depp is a French-American actress and model who has a net worth of $2 million. She is the daughter of Johnny Depp and Vanessa Paradis. Lily-Rose has appeared in the Kevin Smith movies "Tusk" (2014) and "Yoga Hosers" (2016) as well as the films "The Dancer" (2016), "A Faithful Man" (2018), "The King" (2019), and "Silent Night" (2021). In September 2021, it was announced that Depp had been cast in a main role on the HBO series "The Idol." Lily-Rose has graced the covers of numerous magazines, including the French versions of "Elle" and "Glamour," and the U.K., Australian, Japanese, Korean, and Russian versions of "Vogue."

Lily-Rose Depp was born Lily-Rose Melody Depp On May 27, 1999, in Neuilly-sur-Seine, France. Her father is American actor/musician Johnny Depp, and her mother is French singer/actress/model Vanessa Paradis. Lily-Rose has a younger brother named Jack, and her aunt, Alysson Paradis, is an actress. Depp's parents split up in 2012 and agreed to joint custody of their children, who split their time between Paris, New York City, and Los Angeles. Lily-Rose met Harley Quinn Smith, the daughter of director Kevin Smith, in kindergarten, and the two co-starred in the films "Tusk" and "Yoga Hosers" and performed the songs "I'm the Man," "Babe," and "O Canada" on the "Yoga Hosers" soundtrack. In 2016, Depp dropped out of school to devote more time to her acting career.

Lily-Rose made her film debut with a cameo in the 2014 horror comedy "Tusk," which starred her father, and the two also appeared in the 2016 spin-off "Yoga Hosers." In June 2016, Kevin Smith announced that Lily-Rose would reprise her "Yoga Hosers" role, Colleen Collette, in the film "Moose Jaws." In 2015, Depp appeared in Rejjie Snow's "All Around the World" music video and became a brand ambassador for Chanel. In 2016, she became the face of the fragrance Chanel No. 5 L'Eau. That year Lily-Rose portrayed Isadora Duncan in the French film "The Dancer" (" La Danseuse"), which earned her Most Promising Actress nominations from the César Awards and Lumières Awards, and she co-starred with Natalie Portman in the French-Belgian drama "Planetarium." In 2018, Depp appeared in the French films "Savage" ("Les Fauves") and " A Faithful Man" ("L'Homme fidèle") and the Netflix documentary "Period. End of Sentence.," which won an Academy Award for Best Documentary (Short Subject).

In 2019, Depp co-starred with her aunt, Alysson Paradis, in the French short film "My Last Lullaby" ("Quel Joli Temps Pour Jouer Ses Vingt-ans"), which earned Lily-Rose a Best Actress award at the Los Angeles Film Awards. She portrayed Catherine of Valois, Queen of England and wife of Henry V, in the 2019 Netflix war epic "The King" alongside Timothée Chalamet, Joel Edgerton, and Robert Pattinson, and "Variety's" Owen Gleiberman wrote of her performance, "Lily Rose-Depp makes her presence felt, for perhaps the first time ever, as Catherine of Valois, whose delicate worldliness matches Henry's." In 2021, Lily-Rose co-starred with Gary Oldman, Armie Hammer, Evangeline Lilly, and Greg Kinnear in the crime thriller "Crisis" and appeared in the science-fiction film "Voyagers," the apocalyptic holiday comedy "Silent Night," and the psychological drama "Wolf." 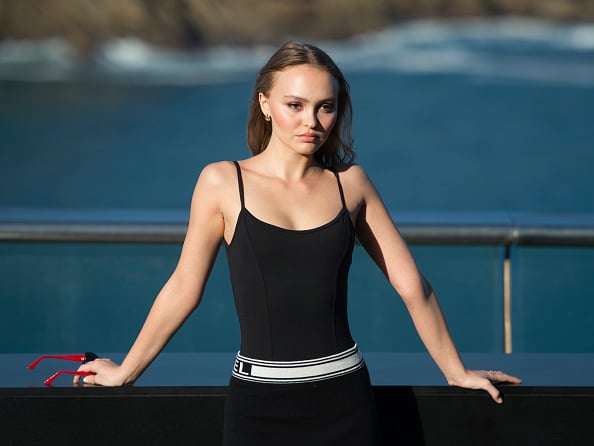 Lily-Rose's godfather is singer Marilyn Manson, and her godmother is novelist François-Marie Banier. Depp holds dual citizenship between France and the U.S., and she speaks French and English fluently. In 2007, 7-year-old Lily-Rose was hospitalized with kidney failure after contracting E. Coli. Depp's father later donated $2 million to the hospital that treated her, the Great Ormond Street Hospital. In the past, Lily-Rose suffered from anorexia, and in 2016, she spoke to "French Elle" about her social media followers commenting about her weight, stating, "It hurts a lot and depresses me, because I have spent a lot of energy fighting the disease." She added, "I have battled an eating disorder for a long time and am very proud of the results that I have achieved."

Depp reportedly dated actor Timothée Chalamet after meeting him on the set of "The King," and she was previously in a two-year relationship with model Ash Stymest. In 2017, Lily-Rose and her mother were photographed for the magazine "Our City of Angels," and proceeds from the issue's sales were donated to Planned Parenthood. In 2015, Depp posed for the "Self-Evident Truths Project," iO Tillett Wright's "photographic document of 10,000 people in the USA that identify as ANYTHING OTHER than 100% straight," and Wright posted a photo of Lily-Rose on Instagram with a caption stating, "She decided she wanted to be in @selfevidentproject because she falls somewhere on the vast spectrum, and I couldn't be happier to welcome her to the family." Depp later clarified that taking part in the Self-Evident Truths Project was not meant to make a statement on her own sexuality, telling "Nylon" magazine, "That was really misconstrued, that whole thing. A lot of people took it as me coming out, but that's not what I was trying to do. I was literally doing it just to say that you don't have to label your sexuality; so many kids these days are not labeling their sexuality, and I think that's so cool."