Lily Cole Net Worth: Lily Cole is an English model and actress who has a net worth of $14 million. Born Lily Luahana Cole on 27 December 1987, in Torquay, Devon, England, she is a model-turned-actress that entered the limelight in a fortnight. It was her trademark red hair and pixie features that turned her into a bankable model shortly after being discovered at the age of fourteen.

Often seen on the covers of Italian Vogue or in Prada commercials, she was surrounded by controversy in 2008 when she posed nude in a pictorial for the French edition of Playboy. This negative publicity turned a good thing as Cole became more ever-present than ever. Also, it didn't take her much to translate her modeling success on the big screen. While her looks launched her career into the fashion stratosphere, Cole's grace and acumen were the ones to fetch her plaudits from notable movie makers like Terry Gilliam. After her supporting role in "St. Trinian's" (2007), she was cast by no other but Gilliam himself to star in his elaborate "The Imaginarium of Doctor Parnassus" (2009). Playing the lead in this feature helped Cole's emergence as a fresh new face in the film world. Her other film work includes movies like the short feature Passages, directed by Shekhar Kapur, and There Be Dragons (2011), directed by Roland Joffé. In 2011, Cole received her first recognition for her screen work, being honored with a Double First in History of Art at Cambridge University. Young, intelligent and beautiful, Lily Cole's time is yet to come. 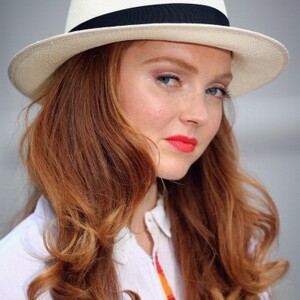