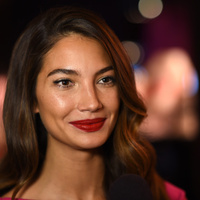 Lily Aldridge net worth: Lily Aldridge is an American model who has a net worth of $8 million Lily Aldridge was born in Los Angeles, California, and grew up in a family of models and fashion photographers. She started modeling when she was sixteen, and booked her first major campaign with Abercrombie & Fitch. Since then, she has gone on to appear in campaigns for Bobbi Brown, Arden B., Rocawear, J. Crew, Coach, and Levi's. She has also appeared in or on the covers of multiple magazines, including the Spanish edition of Vogue, Elle Korea, Elle Brazil, and in editorials in Cosmopolitan, Teen Vogue, and Elle Girl, among other publications. She appeared on the cover of the Sports' Illustrated Swimsuit Issue in 2014. She began modeling for Victoria's Secret in 2009, and became a Victoria's Secret Angel a year later. She is also the primary model for the Velvet Tee line and has her own line of clothing under the brand called, Lily Aldridge for Velvet.