What is Lili Estefan's net worth?

Lili Estefan is a Cuban-American model and host who has a net worth of $10 million dollars. She is best known for hosting the TV series El Gordo y la Flaca. Lili Estefan is the niece of music producer, Emilio Estefan who is married to award-winning singer/actress, Gloria Estefan.

Lili Estefan was born Liliana Del Carmen Estefan García on March 20, 1967, in Havana, Cuba. When Estefan was 10 years old, her mother passed away, and Lili, her father, and her younger brother emigrated to the U.S. Estefan attended Rockway Junior High and Miami Coral Park Senior High School in Miami, Florida, and after graduating in 1984, she enrolled at the New World School of the Arts, taking part in a dual college program with the Performing and Visual Arts Center.

In 1986, Univision hired Lili to be a model on "Sábado Gigante," which was hosted by Don Francisco. She became a favorite of Francisco as well as the audience, and she appeared on Don's show "Don Francisco Presenta" several times. In 1998, Estefan began co-hosting the Univision series "El Gordo y la Flaca" with Raúl De Molina, and the show earned her the nickname "La Flaca" ("The Skinny Girl"). Lili has also served as a judge on the Univision dancing competition "Mira Quien Baila," and in 2020, she began appearing on the Facebook Watch series "Red Table Talk: The Estefans" alongside her aunt, Gloria Estefan, and Gloria's daughter, Emily. Estefan appeared in the 2019 film "Zombieland: Double Tap" and the 2000 TV movie "Salud! A Guide to Good Health for Latinos," and she voiced Gladys Glypto in the 2016 short film "Ice Age: The Great Egg-Scapade." Lili has also appeared on the television series "Pa'lante con Cristina" (2004), "Oprah Prime" (2013), "Arranque de Pasión" (2013), "Today" (2020), and "The Drew Barrymore Show" (2020) and the 2005 TV documentaries "Selena: Noche de estrellas" and "Selena ¡vive!, acceso total." 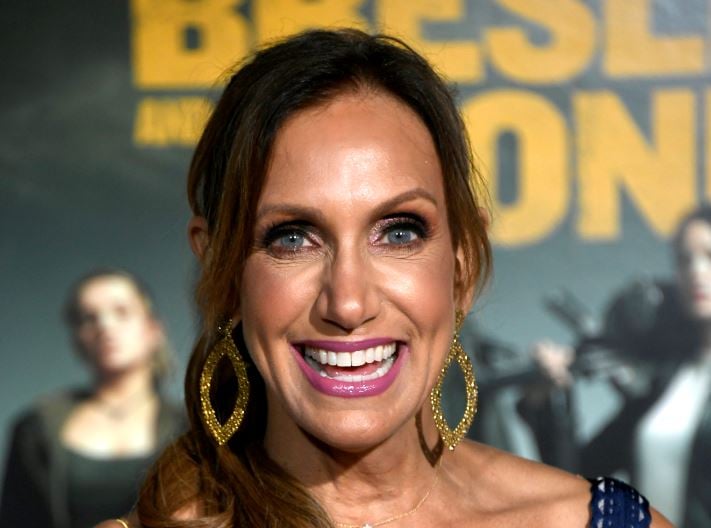 Lili married Lorenzo Lauces, a Cuban businessman, on August 23, 1992. They welcomed son Lorenzo Jr. on October 30, 1999, and daughter Lina on August 2, 2002. Estefan and Lauces divorced in 2018 after paparazzi took photos of Lorenzo with another woman and threatened to publish them unless he paid $200,000. Lili spoke about the ordeal on "Red Table Talk: The Estefans" in 2020, stating, "When I find out that the paparazzi had caught him with another woman and the pictures were taken to my job, to my colleagues, to the producers of my show, to Univision, my second home for 30 years? I was flipping out. I just felt so humiliated. Privately, then publicly."

Lili received a Lifetime Achievement Award at the 2015 Premios TVyNovelas, and in 2016, Estefan and Raúl de Molina won the award for Outstanding Achievement in Hispanic Television at the Hispanic Television Summit. Lili was honored with the Career Award at the 2017 Premio Lo Nuestro Awards, and in 2018, she won a Daytime Emmy for Outstanding Daytime Talent in a Spanish Language Program for "El gordo y la flaca."