How much is Lili Estefan Worth?

Lili Estefan net worth: Lili Estefan is a Cuban American model and television personality who has a net worth of $10 million. She is best known for hosting the TV series El Gordo y la Flaca.

Lily Estefan was born in Havana, Cuba in March 1967. She moved to the United States at 10 years old after she lost her mother. Lily Estefan is the niece of Emilio Estefan and Gloria Estefan. Lily Estefan was hired by Univision in 1986 as a model for the television series Sabado Gigante. She also appeared on the host's TV series Don Francisco Presenta. She began co-hosted the series El Gordo y la Flaca in 1998 with Raul De Molina. Estefan has served as a judge on the series Mira Quien Baila. In 2015 she received a Lifetime Achievement Award at the Premios TVyNovelas Awards. In 2016 she received an award for Outstanding Achievement in Hispanic Television. In 2017 she won a Career Award at the Premio Lo Nuestro Awards and in 2019 she received a Daytime Talent in Spanish Emmy Award from the National Academy of Television Arts & Sciences. 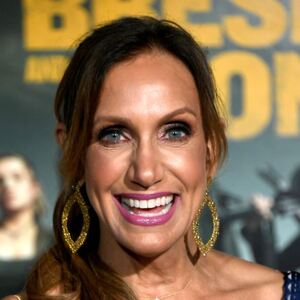