Liannet Borrego Net Worth: Liannet Borrego is a Cuban actress, model and dancer who has a net worth of $2 million. Liannet Borrego was born January 28, 1988 in La Habana, Cuba. As a young girl, Liannet Borrego studied dance and at age five was a ballet and flamenco dancer. She studied both dancing and acting until she moved to the United States and turned her focus on acting.

Her awards include Miss Cuban American Teen (2003), Miss Teen Face Best Cuban American (2003), Miss Hispanidad (Princess, 2005), Beauty Contest Sabado Gigante (2003), Dancing Contest Sabado Gigante (2002) and The Competition, Most Beautiful Daughter (2002). She has worked in productions for Venevision, Telemundo and Nickelodeon. Borrego began her career acting in Dream No Cuesta Nada (2005), About Me Is You (2006), Cornered (2006), My Dear Profe (2007), Paradise Island (2007), Buyer Love (2007) and the films Bollywood Dostana, Species of The Universe (Short 2008), The Mature Scene (short, 2008), Revenge of laughter is (horror film 2008). She is probably best known as Daisy Milady Phantom Of Elena, where she played a young and beautiful maid in the mansion of millionaire who falls for a young man from a wealthy family. Borrego was most recently cast in My Heart Insists as Veronica. In March 2008 she modeled for Andrew Christian and also worked with MJ with Sean Kingston (Music Video 2008) and Nelly, Archangel (Music Video 2008). 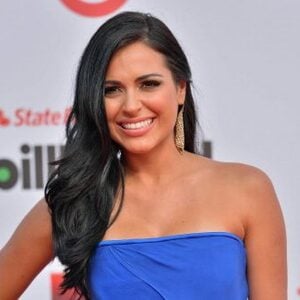