Les Twins net worth: Les Twins are French dancers, models, and choreographers who have a combined net worth of $4 million. Les Twins were born in Sarcelles, Val d'Oise, France in December 1988. They are a pair of twins whose real names are Laurent and Larry Nicolas Bourgeois. Les Twins are known for their hip-hop dancing and have worked with several artists including Beyonce, Missy Elliott, Meghan Trainor, and Cirque de Soleil.

In 2008 the pair of twins were finalists on the reality TV series Incroyable Talent in France. Their video went viral on YouTube and racked up more than 35 million views. Les Twins won the international street dance competition Juste Debout in 2011. They went on to win the reality television series World of Dance in 2017, which had a grand prize of $1 million. The brothers are each 6'4″ and founded the dance team Criminalz Crew. They are signed to NEXT Model Management in Paris and have appeared for H&M, Givenchy, Adidas, Beats By Dre, and many more. 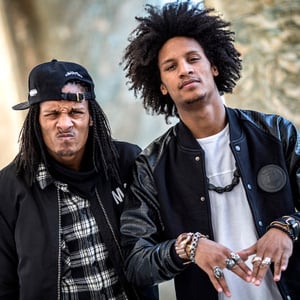