Lena Gercke net worth: Lena Gercke is a German model who has a net worth of $10 million. She is best known for winning the first cycle of Germany's Next Top Model, and as a television host for shows like Austria's Next Top Model and ProSieben. She has also appeared as a member of the jury on Das Supertalent (Germany's version of America's Got Talent), and in editorials for GQ Germany, GQ Spain, InStyle UK, US Glamour, and US and German Cosmopolitan.

She was born in 1988 in Marburg Germany and grew up in Cloppenburg, Germany. At 15, she auditioned for the dance project, "Independence," and her dance instructor was so impressed that she booked her for her first fashion show immediately. In 2006, she entered the Germany's Next Top Model competition and won the competition while still focusing on her education and earning her degree. After Germany's Next Top Model, her career took off and she has worked in cities like Athens, Milano, Paris, London and New York. She has walked in fashion shows for designers like John Ribbe, Laurel, and Custo Barcelona and has been the face of several brands including, Oui Set, Microsoft, Katjes, Mexx Frangrances, H&M, Gant, Hugo Boss Green, Laurel, Ebay, Opel, Gilette, Karstadt, Intimissimi, Calzedonia, and Theory. Gercke previously dated US5-boyband member Jay Khan until December 2009, but she has been dating Real Madrid fottball player, Sami Khedira since May 2011. She currently lives in Berlin and New York, but spends most of her time in Madrid to be close to Khedira. 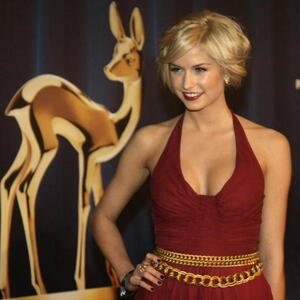