Leila Lopes Net Worth: Leila Lopes is a Angolan beauty queen who has a net worth of $1 million. Leila Luliana da Costa Vieira Lopes was born February 26, 1986 in Benguela City, Benguela Province, Angola. She is best known for winning the titles of Miss Angola UK 2010, Miss Angola 2010 and Miss Universe 2011.

In the contest for Miss Angola 2010, Lopes beat 20 other candidates to be named Miss Angola in Luanda on 18 December 2010, gaining her the right to represent Angola in Miss Universe 2011. She also received the Photogenic Award during the contest. Unfortunately, after Lopes was crowned Miss Universe 2011, allegations circulated that false documents were used to allow her to participate in Miss Angola UK. The controversy began after an anonymous witnesses stated that Lopes joined the contest after the auditions had finished and Mukano Charles, an Angolan promoter, told Miss Angola UK candidates that he had cast her privately. Claims of bribery also surfaced after Charles had been seen conversing with a judge while the contestants were changing their clothing. Prior to this, in 2009, Mukano Charles had been accused of involvement with counterfeit documents which allowed a Cape Verdean citizen to participate in Miss Angola and in October 2010 an anonymous colleague stated that Charles would bring in women from Iraq and India and pass them off as Angolans so they could compete in Miss Angola. Leila Lopes subsequently told an interviewer for AOL Latino: "…I gave Miss Universe all the required documentation. The use of false documents has since been denied by both Lopes and the Miss Universe organizers and Lopes herself has stated that she lived in England for a total of four years, including the two years she was there studying. Any claims that Lopes was ineligible to compete in Miss Angola UK have yet to be backed up by accusers. 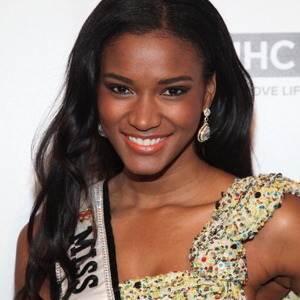